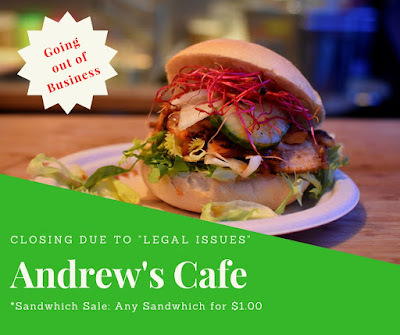 All good things eventually run into a bit of a snag. One day things are just humming along and the next day you find yourself in court. Such was the case for Chef Andrew when he was forced to sue a customer for skipping out on the bill.

For those of you who are new to the House of Crazy, you can catch up on Andrew's Cafe here. Chef Andrew has some sketchy business practices, chief among them is his policy of sending an invitation to "be my guest" at his cafe and then springing a bill on an unsuspecting customer. It's both underhanded and genius.

So recently Andrew opened for lunch. His first client was his brother, Matthew. Andrew offered to prepare a very lovely grilled cheese sandwhich with a side of humus and chips. The chef served his brother and then, once the customer was fat and happy, he presented the bill. This created quite a scene in the cafe. Quickly the spat became a full-on fight and the two ended up in my bedroom in front of their dad, pleading their case in his "courtroom". (Army Guy loves to hear grievances in his court. He enjoys any opportunity to be "Judge Wapner".)

Andrew presented his case:  "Matthew.... (Army Guy Cut him off and instructed him to use the term "The Defendant").  Andrew continued with a roll of his eyes..."The DEFENDANT won’t pay me after I made his lunch."

Army Guy:  Turning to Matthew.  "Is this true?" Did you skip out on the bill?"

Army Guy to Andrew: "As a business man are you prepared to take payment in cash form?"

Andrew: "Yes, but he has to give me dollars. His bill is one dollar and I only have three dollars to give him for change"

Army Guy to Matthew:  "If you include a tip, could you pay the bill and accept three dollars in change?"

Army Guy: "Andrew did you explore ways in which you could create change? For instance, did you seek assistance from your other brother, your mom or myself?"

Army Guy: "Don't you think a business man should open his store prepared to accept payment in cash form, which includes making change?"

I am happy to report that the District Court of Army Guy settled the dispute and Chef Andrew received payment. Though his pop-up café had mixed reviews, I think the legal battle is what caused him to close up shop.  It was just too much for the young chef.  Sadly, I have not enjoyed breakfast-in-bed prepared by my little guy since his legal problems began.

In other news...Matthew did NOT tip and was last seen grilling his own dang cheese sammich. 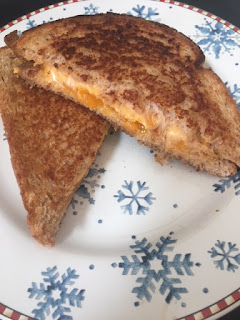 Posted by Loretta Monroe at 8:46 AM
Email ThisBlogThis!Share to TwitterShare to FacebookShare to Pinterest
Labels: Hilarity, Huey, Louie

Loretta Monroe
Loretta is the mother of three boys aged 12, 13, and 15, and the author of "Laughing All The Way To Kindergarten". In addition to keeping up with her crazies, Loretta is a lover of Jesus, hummer of Christian tunes, fan of TexMex, and wearer of leggings. Loretta documents the crazy at www.lorishouseofcrazy.blogspot.com. For more information about future books and a blog of devotionals, visit www.lorettamonroe.com.

Loretta Monroe
Houston, Texas, United States
Loretta is the mother of three boys aged 12, 13, and 15, and the author of "Laughing All The Way To Kindergarten". In addition to keeping up with her crazies, Loretta is a lover of Jesus, hummer of Christian tunes, fan of TexMex, and wearer of leggings. Loretta documents the crazy at www.lorishouseofcrazy.blogspot.com. For more information about future books and a blog of devotionals, visit www.lorettamonroe.com. 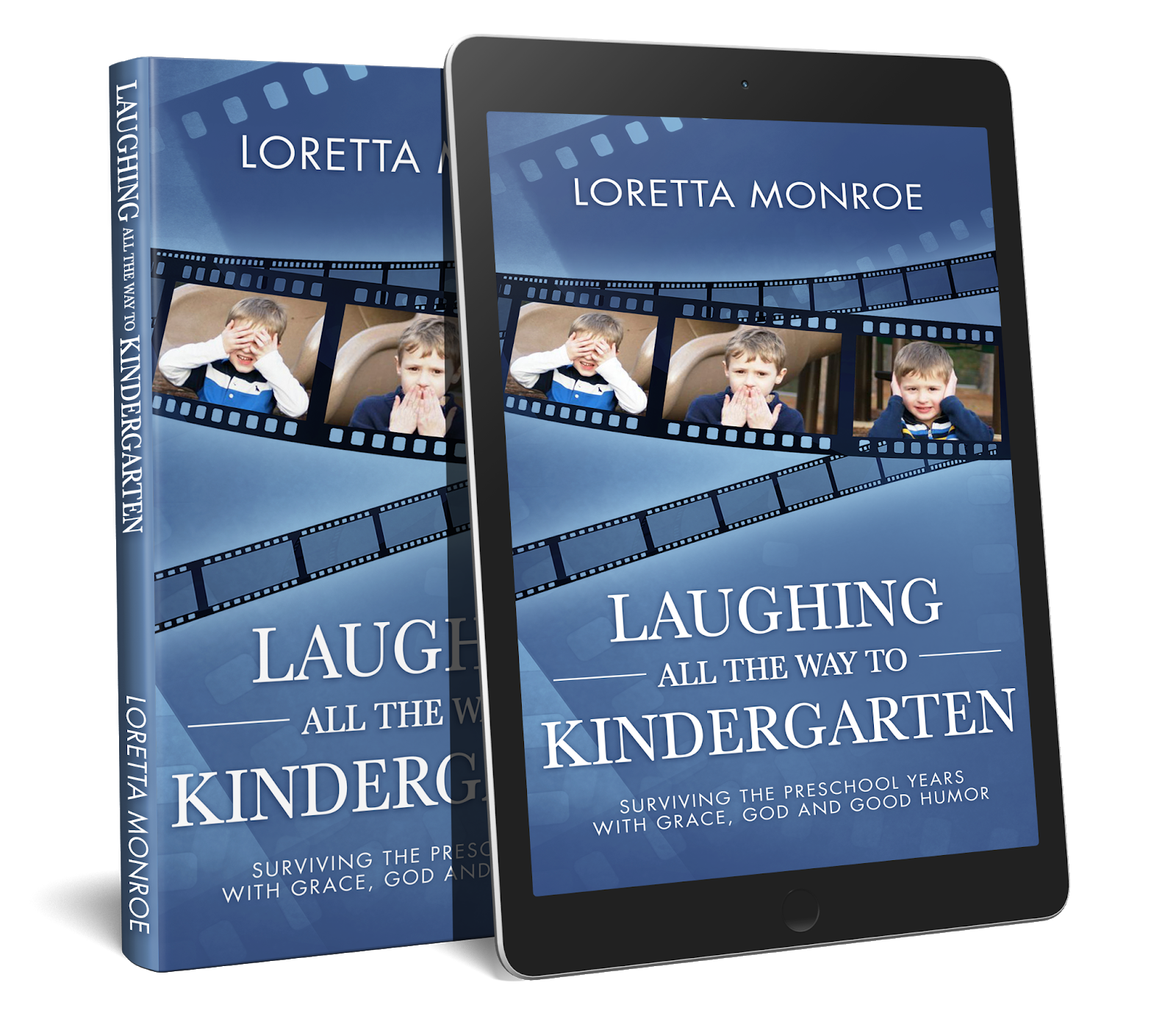 Has your preschool aged child put you on the crazy train? This hilarious and heartwarming Christian devotional offers encouragement for the worn out mama. Available on Amazon in Print and Digital Formats 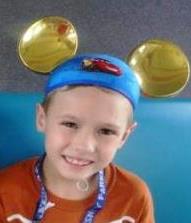 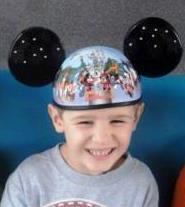 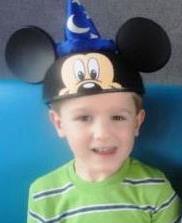 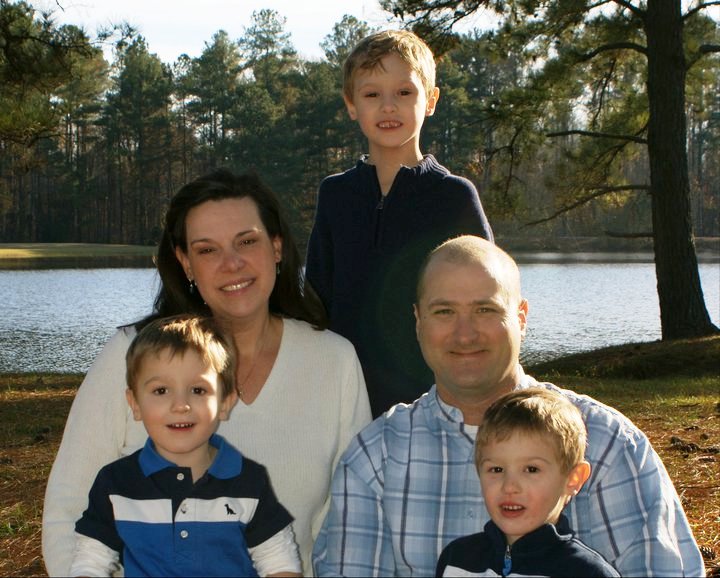 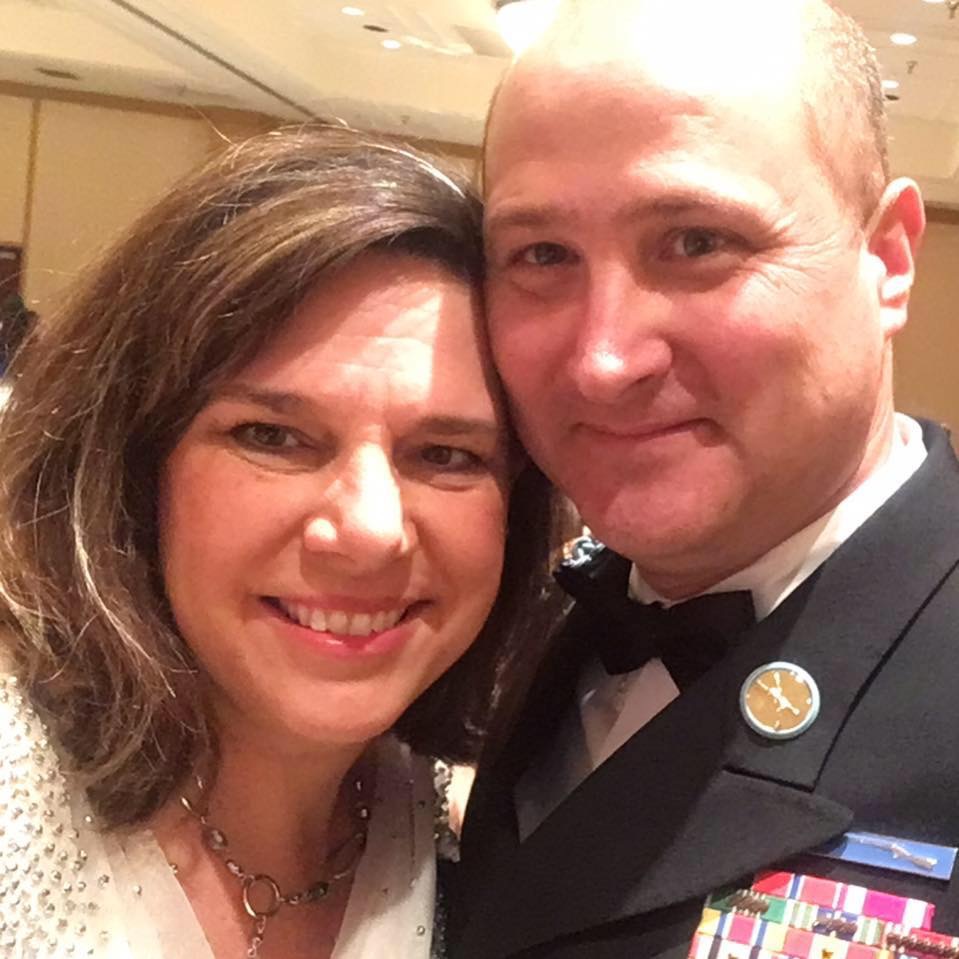 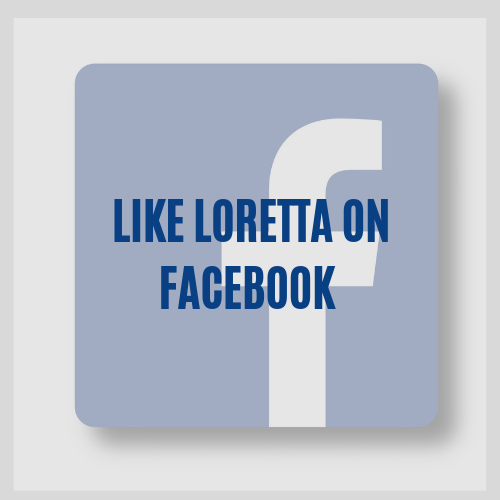 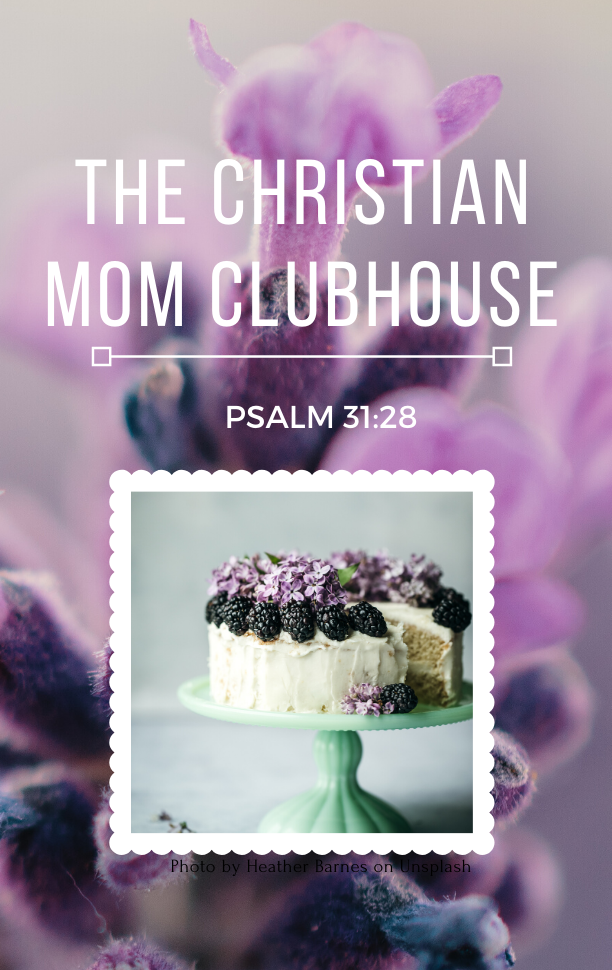